A sea of Excellence 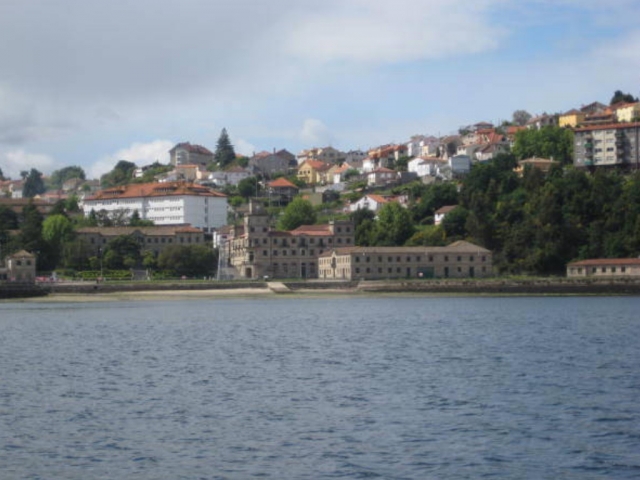 Marine Technology  Center, Institute for Marine Research, Vigo Center for Oceanography, Faculty of Biology, Faculty of Sciences, Faculty of Marine Sciences, School of Veterinary Sciences; School of Engineering for Natural Resources and the Environment, Technological Institute for the Control of the Marine Environment, Center for Marine Research, Galician Institute for Training in Aquaculture, Marine Sciences Station, Center for Advanced Research Technology in the Marine Industry, Galician Technological Institute, Aquaculture Cluster, Aquaculture Observatory, Provincial Government Analytical Laboratory, Galician Biological Mission, University of Santiago, University of Coruña, Lugo Campus, Ourense Campus, Pontevedra Campus… in the last decades we have witnessed a dramatic explosion of  institutions involved in marine research, directly or indirectly financed from the battered Spanish public treasury. A new arrival adds to the huge  conglomerate of centers, faculties and organizations already in place, compromising millions of public investments for the coming years: the Campus of the Sea in Vigo – a new centre of excellence.

There is no doubt that some highly valuable professionals work in the myriad of Galician institutions, contributing with their effort and commitment to the development of a very important sector for this northwestern Spanish region. But despite the general allergy to self-criticism and bias towards complacency, it is also clear that the exponential growth of public expenditure in the field of marine research has resulted in very poor returns for the society that so generously financed it. In the case of aquaculture, none of the cultivation projects that are regularly advertised in the local media have matured to market stage. We have waited in vain for good news on the octopus, blackspot seabream, shrimp, grouper, spider crab, abalone, salmon, goose barnacle, European clam, hake, wreckfish or wedge clam, among many others. Critical issues compromising the sustainability of the entire sector remain unresolved. Following never ending projects and extravagant initiatives, there have been no real improvements or effective solutions for the pollution affecting our estuaries, the recycling of fisheries discards, the prevention of red tides, the decrease in mussel yields, the scarcity of local raw matters for the cannery industry, the stagnation of finfish aquaculture, the treatment of industrial effluents, the control of poaching or the production of shellfish seed. The inconsistency of an ever expanding public R&D system while the private and productive sectors become increasingly rickety and fragile can only be described as grotesque.

Just as many great technological challenges were tackled during the space race of the 1960s and 1970s, a millenium of intensive fishing confers Galicia the historical responsibility of advancing the sustainable cultivation of its oceans, coastal and inland water bodies. Unfortunately, while others were  capable to benefit from the cultivation of species such as the Atlantic salmon, sea bream, sea bass, tilapia or shrimp, we are still orphans of successful projects. We have never been able to carry them through in order to capitalize on the talent and knowledge accumulated during these years, mobilizing them for the generation of the wealth and jobs we so badly require. Listening to the promoters of the Campus of the Sea of Vigo, it would seem that the fundamental limitation has been the scarcity of centers for marine reseach in Galicia.

After one of the worst recessions in our history, at some point we will have to accept that the Spanish system for the generation of knowledge has never addressed the reforms required for catching up  with the leaders within the international scientific concert. Inbreeding, influence-peddling, cronyism, politicization, nepotism, localism and the civil servant model have prevented the establishment of a true meritocracy, essential for the retribution of quality and the penalization of mediocrity. The absence of a fair and competitive system has forced the internal or external exile of many valuable professionals, plunging us into a technological dependency improper of developed countries.

It is very revealing  that the multimillionaire expenditure and overambitious plans relished by the decision makers for this initiative take place in the most dynamic and entrepreneurial city of Galicia, precisely when very serious accusations of corruption have merited the judicial imputation of the rector at the university of Vigo. The reputation of this public institution has already been tarnished after scandalous cases of plagiarism and serious administrative irregularities, which would certainly deserve deep embarrassment and generalized blushing in any of our neighbouring countries. Not to mention the immediate and preventive dismissal of the rector and his whole management team. Regrettably that debate does not seem to matter in Vigo, neither in the rest of Spain nor in Southern Europe. What is currently in fashion here is the eternal reference to the pursuit of unfathomable seas of excellence.