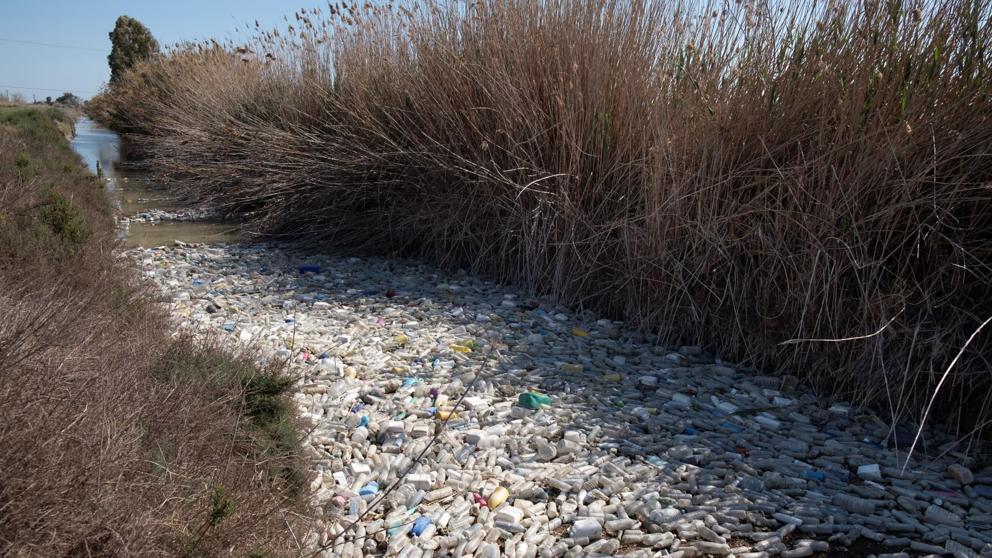 Even though most plastic residues found in the oceans arrived there after being carried by the rivers, plastic pollution in riverine ecosystems has never received the same attention as marine pollution. A recent report published by several environmental organizations provides important information on a serious problem increasingly affecting rivers, lakes and other freshwater bodies and their banks.

This paneuropean study consists of two parts. Initially, the levels of plastic contamination in riverine ecosystems were quantified, and the proportion resulting from daily consumer habits was determined. In a second phase the different measures that could be undertaken in order to minimize the pollution were identified, particulary individual habits resulting in the highest impact for the reduction of plastic pollution within the studied ecosystems.

In Spain, approximately 44% of the river basins suffer a high pollution impact from floating plastic residues (the study does not quantify plastic pollution derived from agricultural or cattle farming activities), or plastic items found in the water column, river beds or specially in the river banks.  The Mediterranean basins are the most affected, particulary the Segura river where the problem has become extremely serious. Many other basins in the Iberian peninsula are also affected, such as the Bidasoa, Ebro, Guadiana, Tajo, Duero or Miño rivers, with alarmingly high levels of plastic pollution affecting several sections of the riverine ecosystems.

The European problem with plastic bottles becomes evident when considering that the average consumer uses 150 water bottles a year, although this report did not discriminate the type of liquid contained (milk, water, shampoo, cleaning products etc.). The most frequent food wrappers detected were metallised plastic films which are not widely recycled (crisp packets, biscuit and cake bar wrappers).  With regards to cigarette butts, most of them contain cellulose acetate, a plastic slow to degrade. Plant-derived filters have been developed, but consumer acceptability and environmental sustainability remain unclear.

Food takeway containers include any plastic or polystyrene container such as supermarket food trays, pots, sandwich boxes and all traditional forms of takeaway receptacles. It is estimated that approximately 1.300 Tm of plastic litter could be prevented from entering the environment each year if these items were replaced with biodegradable alternatives, such as those available for cotton bud sticks made of wood or paper, allowing for their composting. The study also proposes the use of reusable glass or bamboo cups.  Approximately 3.400 Tm of sanitary products (female sanitary protection items, nappies and wet wipes) could be prevented from entering the environment by using biodegradable or reusable alternatives.

Finally with regards to single use grocery bags, the study found that their use has fallen around 80% in most European Union member states since higher charges and other incentives for bringing reusables were introduced since 2014. However many major supermarkets still issue single use carrier bags applying high commercial margins on these items.